Something is rotten in the state of Iowa. 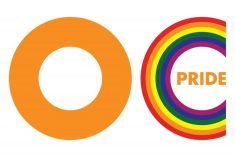 As we reported back in February of this year, homophobes petitioned to have books with LGBTQ themes removed from general circulation at the Orange City Public Library and shelved separately. Now comes news via Shelby Fleig at the Des Moines Register that an Iowa man checked out several LGBTQ children’s books from the same library, and publicly burned them via a Facebook Live video.

Paul Dorr, certified homophobic idiot, now potentially faces legal action after he live-streamed himself for twenty-seven minutes, throwing four books into a burning trash can. It appears as if Dorr was attempting to protest Orange County Pride, the first gay pride festival in the normally conservative town, which was set to kick off later that day. The video also shows Dorr reading a blog post from Rescue the Perishing, the religious website he runs.

Library director Amanda Vazquez tells Fleig she alerted both the library’s board and the authorities after learning of the video in order to figure out the next steps, which could very well be legal action against Dorr. The Orange City Police Chief confirmed legal action is being considered, but did not provide a further statement.

Dorr’s behavior is alarming, but even more so as it follows the earlier campaign to segregate LGBTQ books in the library. Instead of giving in to these demands, the library reorganized their books by subject rather than alphabetically; so while the LGBTQ books are grouped together, they haven’t been given a “separate but equal” space on the shelves. Three of the four books that Dorr burned were named in the petition. It’s fairly plausible to believe Dorr’s actions are due to residual anger at the petition not accomplishing its goal. As we’ve seen an escalation in hate crimes directed at marginalized groups since Trump took office, this is truly frightening.

Because they deserve to be named, the four books Dorr burned were: Two Boys Kissing by David Levithan; Morris Micklewhite and the Tangerine Dress by Christine Baldacchino; This Day in June by Gayle E. Pitman; and Families, Families, Families! by Suzanne and Max Lang.

The main way to combat hatred and ignorance is through books. In light of the book burning, the Orange City Pride has started a GoFundMe in order to collect donations. You can donate here.

How to catch a spider: Lady Hale, subject of a new children’s book, delivers verdict on liar Boris Johnson

This week in dangerous children's books, at home and abroad