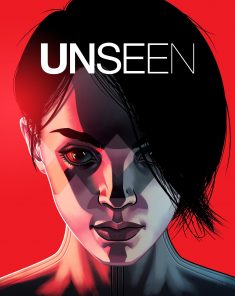 Chad Allen is a self-proclaimed comic book lover who was diagnosed with Retinitis pigmentosa, a rare, inherited degenerative eye disease that causes severe vision impairment, when he was 15 years old. According to the Guardian, Allen was completely blind by the time he was 28 years old. Allen knew his life would be seriously impacted without his ability to see, but he was surprised to realized how much he missed reading comics.

Allen enjoyed reading when he was young. After he lost is vision, the obvious step was to switch to audiobooks and Braille, but he wasn’t able to fill the comic book gap with audiobooks. With memories of reading Marvel and DC comics as a teenager, Allen decided to create his own audiobook for blind people.

The first audio comic book issue, titled Unseen, was created this year and features a blind character. According to the Unseen website, the comic book is “the story of Afsana, a blind assassin living in a chaotic world in which she is invisible to society. Discounting her abilities is her enemies’ gravest mistake.”

In an interview with the Guardian, Chad Allen shares his next move,

“I’ve got 12 issues laid out,” he says. “Now we’re just planning out how to release them all.” And he has his audience: “I got a message from a man in China who said he had been listening to Afsana while walking down the street in Beijing. I find that incredible. Afsana is for everyone.”

Listen to issue one here.