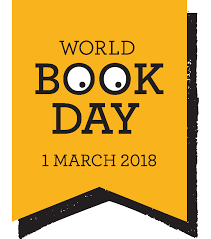 World Book Day is supposed to be a celebration. Organized by the United Nations Educational, Scientific and Cultural Organization (UNESCO) and first celebrated in 1995, it was invented to help promote reading, publishing and copyright, particularly targeting children.

However, next year’s World Book Day, planned for 1st March 2018 in the UK, is already coming under fierce criticism. (The dates are a little confusing, actually — the, ahem, world celebrates World Book Day on April 23, but the UK celebrates on the first Thursday of March, to avoid overlapping with St. George’s Day.)

Each year, ten books are picked to form the focus of the day. Over fifteen million children and young people receive free book vouchers courtesy of National Book Tokens Ltd, which they can use to get one of these free books. A pretty sweet-sounding scheme. But when 2018’s titles were revealed last Friday, not everyone was happy. Children’s authors, including David Almond and Anthony McGowan, publicly voiced their concerns over the number of celebrities in the line-up. Four of the ten books are written by celebrities: comedian Julian Clary, Tom Fletcher of the band McFly, Great British Bake-Off winner Nadiya Hussain, and sports presenter Clare Balding. 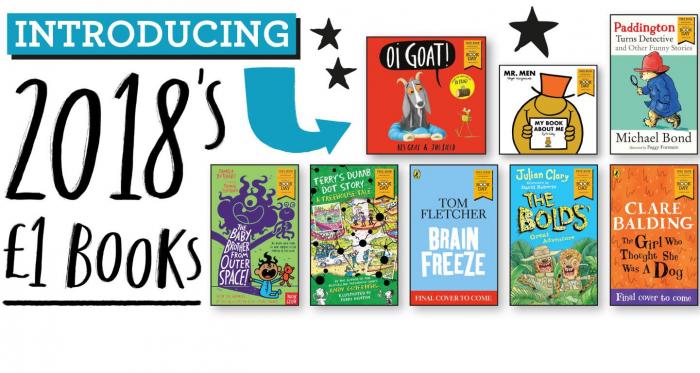 McGowan, the award-winning author of Henry Tumour, told Alison Flood at the Guardian:

“This year, they could have scattered gold dust over the whole operation by headlining with well-known children’s writers, and used the rest of the list to promote diversity. Instead they decided to promote not books, but the grasping celebrities — comedians and TV personalities, a decommissioned pop star… It’s a cheap and tawdry (or rather, I suppose, expensive and flashy) way of saying that fame matters more than writing talent. Next year I expect to see Kim Kardashian and whoever gets the smirk-and-sympathy vote on Strictly headlining the celebrations.”

Almond, whose books include the Carnegie Medal-winning Skellig, agreed with McGowan, telling Olivia Rudgard at the Daily Telegraph, “There’s nothing wrong with celebrities writing books, but an organisation like World Book Day should be giving a good idea of what children’s literature is today, and this doesn’t at all. It gives a false impression of what it is to write a book.”

Joanne Harris, author of Chocolat, also wrote on the subject on her blog:

…the current spate of celebrity (and often ghostwritten) children’s books is having a detrimental effect, not just on children’s publishing, but on the reputation of children’s writing, and even on literacy in general. Too often, we hear children’s writing dismissed. “It’s just a kid’s book. Writing for kids must be easy: even a sports personality can do it.” The implication being that any adult with a public following is capable of writing a kid’s book — and even if it’s rubbish, it won’t matter, because what do kids know, anyway?

But here’s the thing. It matters a lot. You don’t feed a kid rubbish food just because they’re kids, and because you think they won’t notice the difference. You try to feed them in a way that will enable them to grow, thrive and be healthy.

Kenilworth Books in Warwickshire is actually taking action in protest against the World Book Day list. As bookseller Tamsin Rosewell wrote on the bookshop’s blog:

We have decided… that during the period for which the World Book Day tokens are valid, if you come in and allow us to recommend to you a book by one of our many favourite writers, talk to us as booksellers who love writing, know where the right books are for you, and maybe even for us to show you the work of the people who have ghost-written the “celebrity” books (many of whom have published excellent pieces in their own names too!) then we will donate £1—which is the value of the World Book Day Tokens—to The Society of Authors…

We are all lucky enough to be living in a truly great age of children’s book writing, to fill a day of book celebrations with celebrity is completely unnecessary; they had an entire casket of shining jewels to choose from, and they picked out the synthetic ones.

A look at who chooses the books to be included in World Book Day may help explain the celebrity bias: Rudgard writes that the selection is made by “a panel of booksellers including Waterstones, WH Smith and supermarkets.” Anyone in UK publishing knows that unless you have a huge amount of marketing money available, your book won’t get stocked at WH Smith, let alone supermarkets. And which books can afford to have large budgets behind them? Why, those by celebrities of course!

World Book Day director Kirsten Grant has defended the list of books selected, writing in a statement Rudgard quotes, “There are lots of hugely loved authors and brands on the list, from Mr Men to Paddington, to the Oi! series, as well as fabulous newer stars like Pamela Butchart — and yes, there are celebrity writers on the list (who have written their own books), but if they are the catalyst to encouraging a non-reader to pick up a book and start a nationwide conversation about reading, then everyone will be better off.”

Encouraging children to read is important, and if parents are more inclined to buy books by recognized names, that may be an argument in favor of the list. The celebrity names attached to World Book Day will ensure publicity and recognition (clearly). But the currently trending, industry-wide focus on celebrity is worrying. Celebrities have their day jobs and could pretty much sell anything if their name was on it, regardless of quality. What about those career authors whose bread and butter is their writing, who put out the originality and variety we need? Let’s not give up on literature for the sake of a quick buck.