A Brooklyn library was given literary landmark status 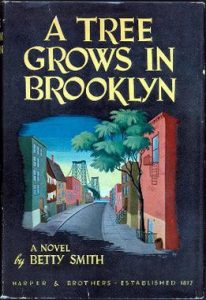 This has become the fate of one Brooklyn library.

According to Patch staff writer Kathleen Culliton, on November 14th, the Leonard Library serving Williamsburg was recognized as a literary landmark by American Library Association’s United for Libraries program. The reason for the occasion Culliton notes, was to the 75th anniversary of A Tree Grows in Brooklyn, Betty Smith’s semi-autobiographical bildungsroman set in early 20th century Williamsburg where the Leonard is featured as a book haven for the protagonist, Francie Nolan.

To commemorate the honor, the facade of the Leonard Library will feature the official literary landmark plaque which graces the sides of over 170 similar landmarks across the United States. It is also the second such honor for the library, the first being a tree planted in its grounds on the novel’s 65th anniversary in 2008.