Photo of Winchester Cathedral by Antony McCallum licensed under CC BY 3.0

Should you find yourself in Winchester, Hampshire County, England, you might do well to amble down to 8 College Street. There the literary traveller will find the house in which Jane Austen spent the last few weeks before she died.

Follow the north west permitter of South Downs National Park a ways (would you believe I’ve never been to England?), and you can visit her final resting place in the famous Winchester Cathedral.

(Or perhaps you’re visiting because it was a shooting location for The Da Vinci Code.)

Indeed, Winchester has a literary history to be proud of. And if you got it, flaunt it.

Well, flaunting it is exactly what a number of locals don’t want to do. Recently “a barrage of criticism” shut down plans to build a statue of the author in the cathedral to accompany her tombstone.

As always, Alison Flood at The Guardian has the backstory:

The cathedral had commissioned the sculptor Martin Jennings to create a statue of Austen for its inner close, planning for it to “seal her place in the rich and complex identity of Winchester and create a lasting memorial to her literary genius” and setting out to raise £250,000 to make the proposals a reality. The project was supported by Hampshire county council and Winchester city council. 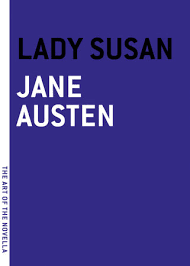 A thoroughly British letter writing campaign ensued, and some community activists spoke up to say “Enough with the Austen, already!” Other Resistors felt that the proposed location was no place for any statue at all.

Hearing these cries, the cathedral decided to cancel (as the kids say these days) the Austen sculpture, and has begun to focus on more democratically-backed projects.

If, unlike the residents of Winchester, you can’t get enough Austen. May we recommend her novella Lady Susan?