The burden of proof fallacy, and other formal and informal logical arguments one can use against /r/The_Donald 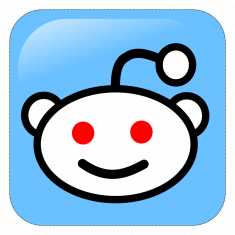 Hi, internet. You are a vast and wonderful thing. So large, in fact, that you have room enough in the deep bowels of your constipated server space to store the vile excrement of a place known as /r/The_Donald. I’ve known about /r/The_Donald for a while now, but many have only learned about it since this great piece from the gents at Reply All.

In short, /r/The_Donald is a forum on Reddit that is the unofficial love-spot for all things Trump. It is responsible for such fabrications as: Pizzagate, the idea that American Muslims celebrated on 9/11, and the certainty that Obama would force Syrian refugees on Republican states. It is a community in which men of insufficient Trumpitude are called “Cucks,” which is shorthand for “cuckolds” — a not-so-slight diminutive of men whose wives sleep with other men. They rally in online “brigades” that go after other forums, attack Twitter accounts with racist bile, and shut down good argument and facts with their ignorance (Exhibit A).

The internet needs to stand up to these people.

Here’s a cheat sheet of recent news that will immediately undermine their fallacious rhetoric. (Please feel free to get on /r/The_Donald and tell them that their God Emperor—actually what they call him—is crazy)

Re-do all trade deals because they are bad

I think that’s enough for now. It’s exhausting standing up to all of this insanity. Please join me arguing with the people at /r/The_Donald. Couldn’t hurt to spend an hour downvoting lies and making good points.

A most literary Grammy Awards show... kind of