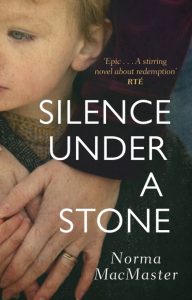 First, the news. As reported by the Bookseller, Silence Under a Stone, by the 81-year-old* Irish writer Norma MacMaster, has been shortlisted for the Society of Authors’ Awards. It is also Norma’s debut novel.

The book, which the Independent (Ireland) describes as a “traditional novel” that “frames the ‘burning fervour’ of a mother’s love with the scourge of fundamentalism and division,” is the only publication to follow MacMaster’s only other book, a memoir published in 2008.

Now that we got the news out of the way, shall we move on to the editorial? Increasingly, more novelists are debuting past the age of 40, and you know what? Hell yeah. 5 Under 35? Try to find 5 Over 50 making their debut. Seriously, where is this list because just like ever other rascal on this planet, I have ambitions to write a novel, but have like no time. And with Social Security not being what it used to be, is the dream of retiring to work on a novel even a slightly plausible dream?

Who knows. For the time being, let’s let MacMaster have her moment. Cheers.

* Writer’s note: While the Bookseller reports MacMaster’s age as 81, the Independent has it as 82. In the context of the accreditation, the former has been used.