50 Shades-mania is coming to a strip mall near you 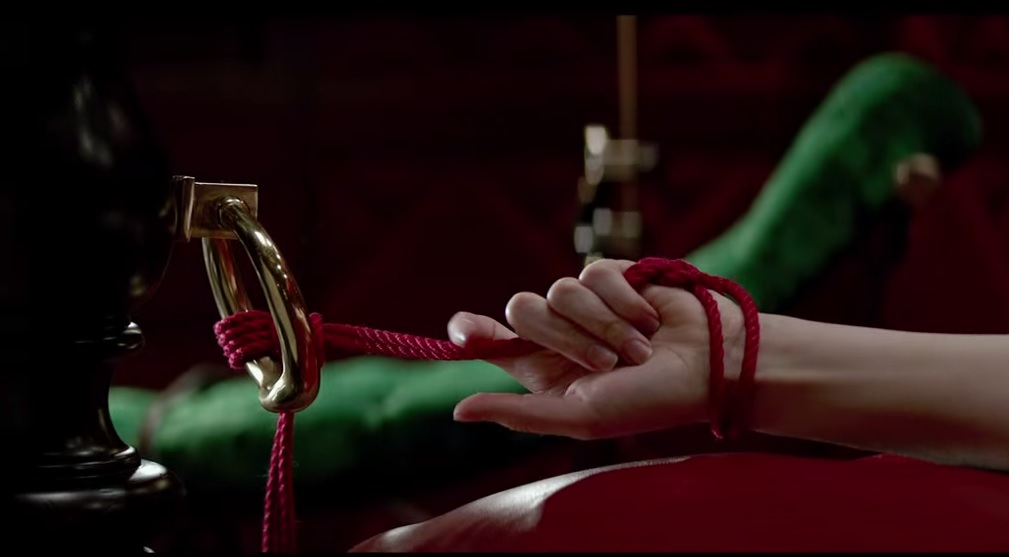 Toy and movie tie-ins are a well-worn tradition, not to mention famously super lucrative. I heard George Lucas took a tiny salary to retain all merchandising rights on Star Wars. 35 years later that stuff has made him over $12 billion! What a visionary!

An upcoming blockbuster has inspired others to make a similar bet.  50 Shades of Grey, a movie based on a bestselling sex and BDSM-filled novel is making its way to movie theaters (ones that have sticky floors for totally legit, Coca-Cola-related reasons) this Valentine’s Day. Smartly, the sex toy industry sees an opportunity to create whatever the adults-only equivalent of lightsabers and action-figures are.

This time around, retailers and manufactures are preparing, first by ordering more stock but also by getting creative. Some companies are creating themed toys, such as gray ties, starter fetish kits, and color coordinated black and red whips. Even the once wholesome Vermont Teddy Bear is joining the party. For the low price of $90,  a 15″ stuffed bear with “smoldering gray eyes” (dead gray marbles) and tiny silver handcuffs can be yours! What? No mini ball gag?

I have to say: it’s super amusing to watch this stuff go mainstream. Even big box store Target is stocking 50 Shades stuff. They recently got caught up in some “how am I supposed to explain this to my kids” outrage by stocking a “vibrating love ring” next to some Sponge Bob toothbrushes.

Its hard to give exact estimate of sales directly inspired by the work but one sex toy manufacture has pointed to an item depicted in a particularly graphic scene. Kegel balls. Sales of the balls immediately spiked. “The large sex product manufacturer California Exotic Novelties, which used to sell 80,000 to 90,000 each year, sold one million in the six months after the book’s debut, according to its president and chief executive, Susan Colvin.”  I can totally relate. Not to the Kegel ball stuff, but to the persuasive power of seeing something portrayed in a book or movie. The first example that comes to mind is Home Alone 2: Lost in New York and the product was a Talkboy Deluxe. It played a indispensable role in helping Kevin out smart his fun ruining assailants.

In reality the toy was super lame. It was pretty much just a tape recorder with a up and down pitch knob. I have a feeling Kegel balls are pretty similar to the Talkboy. Adorable when Macaulay Culkin is using it but just a hunk of metal when you get home.

Adly Elewa was formerly the art director of Melville House.

You can add Mad Max: Fury Road to the list of things influenced by Moby Dick