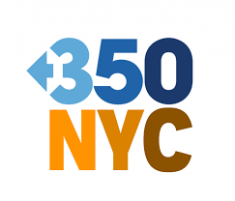 As part of our ongoing Climate Project Campaign, we’ve been working with the fine folks at 350NYC, our local branch of 350.org. Recently, they’ve launched an absolutely crucial campaign to hold media and news outlets accountable for their coverage of the ongoing climate crisis. As documents like The Climate Report and general scientific consensus have made evident, we are running out of time to decarbonize the economy and begin a just transition to a sustainable society. But this urgency is dangerously undercut by the mainstream media’s utter failure to accurately communicate the causes, and stakes of climate change.

In order to counteract the complacency of most mainstream media in the face of the current crisis, 350NYC formed their Media Task Force, and developed the following set of Emergency Climate Media Standards:

1. Adopt a Public Service Ethos: Join the fight to solve the Climate Crisis.

5. Cover the Health Impacts of the Climate Crisis: Costs in lives, productivity, healthcare.

10. Cover this like your child’s life depends on it.

We spoke with Todd Fernandez, who sits on the Steering Committee of 350NYC about the campaign, how it came about, and why it’s so necessary.

MHP: How did 350NYC decide to pursue this campaign, and how did you develop these standards?

Todd Fernandez: Everyone knows the media is not covering the climate crisis as needed, so we formed a Media Task Force, held open meetings, brainstormed, landed on these points, shared them over our listservs for input, and then finalized this list.

How do these standards and the campaign surrounding them fit into 350NYC and 350.orgs broader strategy?

TF: The standards sound the alarm on the emergency and carbon clock countdown, core to our name “350” ppm – the limit of human carbon pollution we need to be at for a save environment, although we’re over 413 ppm now and rising rapidly.  The standards also call for divestment and rejecting oil advertisers, a key strategy across sectors, to eliminate the conflict of interest when media corporations take oil company money, and allow oil companies to mislead the public and greenwash their business with a picture of a windmill on MSNBC info-ads, while they spend billions on new fossil fuels.  Last, the standards get personal, talking about their own children, reflecting the student uprising voices calling out the failure of adult leadership.

How can folks reading this apply pressure to their local media outlets?

TF: Write the Editorial Boards and owners. A letter to the editor to the Guardian got that outlet to now include the Carbon Clock in their weather reporting, as they report here.

Last, climate groups should ALL include the Carbon Clock on their websites, like we have at 350NYC.org.   Here’s one that can be embedded:

Why do you think that mainstream media outlets have been so reluctant to give climate change the kind of attention it deserves over the years?

TF: You have to ask them. It’s a travesty. It’s probably corporations avoiding controversy, and the elite oligarchs sticking together. On the ground, there’s also a “fear factor” and intimidation, like there is in Congress, with powerful oil interests behind the scenes. They made “global warming” and “climate change” so controversial a term—and managed to make it sound like the science is debatable, when it wasn’t—that outlets and journalists were afraid to utter them, or so one meteorologist told us.

We’ve covered the ongoing consolidation of local media outlets into the hands of a few, massive conglomerates such as Sinclair Media, Tribune Publishing, and others. How do you see this consolidation impacting the public discussion of climate change?

TF: This is beyond my scope of expertise. But I suspect corporations—and massive corporations—inherently suppress individual freedom of thought, speech, and independent journalism. People in corporate jobs don’t rock the boat, if they want to succeed and rise up—so there’s an inherent deterrent.

Are there any companies doing it right that could serve as a model?

TF: The Guardian is a leader on this topic, and all should follow suit. The New York Times has a focus. Chris Hayes at MSNBC is venturing in too. But we need them to do more than report, we need them to become experts and really dig in on the solutions, lead the rallying cry against the carbon pollution, and help drive society to transform to clean energy, and other solutions. Time is running out. And it needs to be like it was with WWII—all in, to win and save life on Earth.

Are there specific climate-related stories that you’d like to have seen covered differently?

Monica Weiss: A few weeks ago CBS evening news with Jeff Glor did a report about the bleaching of coral reefs with no mention of climate change as the cause. Perhaps they mentioned warming ocean temperatures, but there was no discussion of elevated CO2 levels or acidification, etc.