Of all the firsts in the 2017 inauguration, perhaps one of the more surprising ones was the use of the word “infrastructure.” Apparently, prior to Trump the term had never been used in an inaugural address. The exact use of the word “infrastructure” in the speech was, of course, to shit-talk it: “[America has] spent trillions and trillions of dollars overseas while America’s infrastructure has fallen into disrepair and decay.” It was, to be fair, not unwarranted shit-talk: residents of Flint still don’t have drinkable water and groundwater pumping in places like south Utah and California’s Central Valley is causing towns and cities to literally cave in on themselves.

Infrastructure has long been a touchstone of the American politician seeking a vague feel-good cause to champion. Who can say no to roads, electricity, or water? But it’s tended to be the domain of a particularly wonky strain of politician — it made sense for Hillary Clinton to have a detailed infrastructure plan, but Trump? Infrastructure, we are told again and again, simply isn’t sexy, and maintenance isn’t exactly a popular cause among the adherents to shock doctrine politics looking to kill the world.

So what’s with the unexpected enthusiasm for infrastructure from the fascists? One read is to consider the narrative upon which Trump built his public image: as a real estate mogul, building things is his whole deal. Another is that the presumed neutrality of infrastructure makes it something that Trump can’t be challenged on. In fact, it’s the one point where politicians who couldn’t be politically further from the new regime might seek some common ground, and it’s where some Democrats initially expressed some meager hope they might be able to “work with” the new regime. In a pre-inauguration interview on MSNBC, Senator Bernie Sanders said that if Trump were willing to work on infrastructure “in a way that doesn’t privatize our infrastructure or give tax breaks to billionaires, yes, let’s work together.” Sanders has since become a cosponsor of Democratic counter-legislation to Trump’s infrastructure plan, because it’s pretty clear that privatizing infrastructure is precisely what Trump seeks to do. His infrastructure plan hinges on giving $137 billion in tax credits to private developers. The problem with privatized infrastructure (aside from its ability to sink cities and transit agencies into debt) is that over the long term, most of the costs of infrastructure go into maintenance, not building itself. Maintenance doesn’t make money, so private investment will most likely go to projects with sustained revenue streams — things like private toll roads. Public infrastructure will keep on crumbling.

Given the reports of swindling, labor violations, and corruption that have defined most of Trump’s career in so-called infrastructure building, this shouldn’t come as a surprise. But just as the regime’s ideas of how to build and maintain infrastructure shouldn’t be taken as total surprise, it would be remiss to assume this is a perverse appropriation of infrastructure as an idea. Much like nonexistent-but-assumed rules against presidential conflict of interest, nothing about the word “infrastructure,” or its implementation, guarantees goodwill or justice.

Originally borrowed from a French technical term related to railways, “infrastructure” began its transition into a catch-all for the systems that maintain modern life in military jargon, appearing in a 1954 NATO report that described it as “fixed installations which are necessary for the effective deployment and operations of modern armed forces.” Much like the presumed-dry domain of logistics, infrastructure has long been tied to what the Cold War era called “command and control” systems — and that emphasis on defining political and social order remains latent in its civilianization. As Jo Guldi observed in her excellent Roads to Power: Britain Invents the Infrastructure State, for the state the act of infrastructure-making is also an act of defining markets, social relations, and the formation of a body politic.

Authoritarians tend to have really comprehensive infrastructure plans, which usually contributes to their appeal. From British roads in the nineteenth century to Hitler’s Autobahn to power grid repairs by ISIS to, uh, Immortan Joe’s Citadel, anyone seeking the legitimacy afforded a state understands that maintaining infrastructure not only builds goodwill (or at least subservience), it’s also a tremendous display of power.

Adjacent to the Trump embrace of infrastructure is the ubiquity of the term in the tech industry — not merely to describe server racks and backend software, but also to describe UX components and sometimes the gig economy itself. In 2014, Facebook went so far as to change their company slogan from “Move fast and break things” to “Move fast with stable infra.” (The full four-syllable word was apparently deemed inefficient.) But the infrastructures of Silicon Valley business models don’t provide users the certainty of drinkable water or a reliable power grid. If anything, they perpetuate the state of precarity and uncertainty that defines authoritarian regimes. 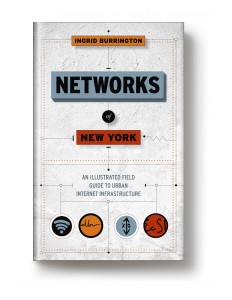 It’s telling that the term that’s gaining more and more traction here is “infrastructure” and not “public works.” The noble sentiments of the latter are often implied by the former, but they’re far from guaranteed. If the internet were an act of public works, tech companies would actually owe the public something. So while infrastructure is championed, maintenance remains someone else’s problem, and when that infrastructure breaks, companies can basically pull a Facebook and tell the public they’re sorry you feel that way. In an age of publicly earnest Valley oligarchs and a kleptocratic executive branch, “infrastructure” is no longer the unsexy domain of political compromise and technocrats but instead an instrument for rhetorical sleight of hand and plausible deniability. Infrastructure transforms the once-mundane into the mission critical and it turns the owner or architect of that that infrastructure (not, let’s be clear, the actual labor force maintaining it) into a humblebragging servant of the greater good. Whether or not that system genuinely serves more than a power elite or a fascist agenda is more or less handwaved away.

So it’s crucial to challenge and unmask authoritarian claims to be seeking a greater good through championing hollow, privately held infrastructure. But in the fight to resist such regimes, it’s important to consider what kind of infrastructures to build instead, and how to build them in a way that genuinely serves a multitude of publics rather than merely serving a specific instantiation of asymmetric power that, historically, infrastructure is prone toward. In its finest moments, infrastructure serves as a reminder of the tremendous and beautiful interdependence required to keep what we call “modern life” working, shattering libertarian myths of rogue survivalists. But it only really can have those moments when people work to collectively maintain and care for it, just as we have to collectively maintain and care for the premise of a body politic and as we have to collectively maintain and care for one another in increasingly dark times.

Ingrid Burrington writes about the Internet, politics, and art, and is the author of Networks of New York. She lives in Brooklyn, and @lifewinning.